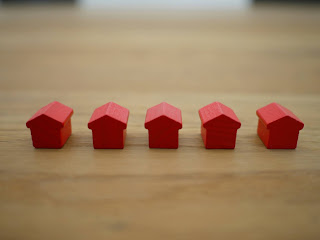 It came as a surprise to many mortgage industry insiders when the Canada Mortgage and Housing Corporation (CMHC) announced its plan to further tighten their lending guidelines on July 1, 2020. Thankfully for many potential homeowners, Canada’s two private insurers, Genworth and Canada Guaranty, have decided not to follow suit.

Citing a need to mitigate its exposure (and taxpayer’s) to what the Crown Corporation’s CEO Evan Siddall’s predicts will be a drop in house values by as little as 9% and as much as 18% due to COVID-19, and a potential surge in household debt from 176% to 200% through 2021, they implemented changes that would cut purchasing power by up to 11%.

Under CMHC’s new guidelines, which is set to go into effect on July 1, 2020, the following will apply:

However, borrowers will still be able to access their RRSPs through the Home Buyers Plan or a home equity line of credit on another property they own.

According to Mortgage Professionals Canada, 61% of first-time home buyers buy with less than 20% down. And 20% of down payment funds come from borrowed sources. This move by CMHC could cut purchasing power by up to 11%.  For example, a family earning $100,000 with 5% down, with no other debt, would qualify for a $320,000 mortgage (approx.) Under the new CMHC guidelines that mortgage amount gets reduced to approx. $280,000.

Siddall said in a statement, “COVID-19 has exposed long-standing vulnerabilities on our financial markets, and we must act now to protect the economic futures of Canadians. These actions will protect home buyers, reduce government and taxpayer risk, and support stability of housing markets while curtailing excessive demand and unsustainable house price growth.”

Critics of the move wondered out loud at the timing of these changes, when provinces have begun easing lockdown restrictions to kickstart the economy, they felt it was counterproductive to efforts focused on regaining confidence in the housing sector.
Paul Taylor, CEO of Mortgage Professionals Canada was quoted as saying, “…I think the timing for the introduction of these restrictions is poor, especially since the Federal government itself is pouring billions of dollars into the economy to keep it afloat.”

In Canada, federally regulated lending institutions such as banks, non-bank lenders, credit unions and trust companies, are required to insure high ratio mortgages – those with less than 20% down –against default. There are three insurers in Canada -- CMHC is a federal Crown Corporation and Genworth and Canada Guaranty are private sector suppliers of mortgage insurance.

After reviewing their policies and CMHC’s decision, the two private insurers have decided to NOT follow CMHC’s lead. Both insurers made statements defending their current underwriting polices and are confident in their ability to manage risk. This is positive for borrowers.

As the economy starts its slow climb to recovery, we have seen positive signs across the country as sales start to increase.

When it comes to real estate, consumer confidence is key. As we continue to ease restrictions, continue to practice safe protocols, and consumers start to feel comfortable again, we may see both homebuyers and those critical home sellers become more active.

It’s hard to say what the true impact to the market might have been if all three insurers had decided to tighten their rules. It’s clear that having a competitive market for mortgage insurance greatly benefits homebuyers.

Posted by The Mortgage Group at 13:00