How to prepare for rising interest rates 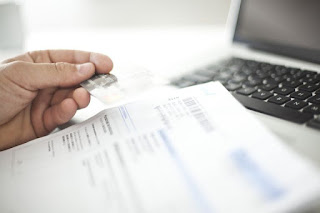 Over the past few years it seemed every expert was telling us that interest rates would be rising, and now after years of record low rates, the Bank of Canada (BoC) has started to raise them. The first increase was in July, the first in seven years from 0.5 per cent to 0.75 per cent, citing “bolstered” confidence that the Canadian economy has emerged from years of slow growth.

Canada’s largest banks matched the central bank’s move by raising their prime rates by a quarter-percentage-point to 2.95 per cent. Prime rates influence the cost of borrowing on floating-rate loans, including variable-rate mortgages, credit lines and student loans. It’s expected the BoC may continue to raise the prime rate incrementally over the next few months and into 2018.  However, economic conditions change and so do outlooks and forecasts.

Fixed-rate mortgages are tied to bond prices and yields and currently they are fairly flat. There is some talk about the impact of risk-sharing going forward in the mortgage market, but for now, all quiet of that front.

So, here we at a crossroads again when getting a mortgage. Do you take the fixed rate or the variable rate? And once again, the answer is – it depends.

Many home buyers choose a fixed rate because they know exactly how much principal and interest they pay on each regular mortgage payment throughout the term. However, when interest rates go down, they can’t take advantage of that to save money on interest.

In today’s market variable and fixed rates do not look as if they’ll be dropping.  It is possible that rising interest rates are here to stay, but it’s important to ask the question: Is it just a blip or a trend?  Time will tell.

In the meantime, it might be prudent to prepare for rate increases this year and through 2018.  Here are some suggestions:

We have been in an historically-low interest rate environment for eight years now -- it looks as if it may change.

Posted by The Mortgage Group at 07:02 0 comments

Changes to the mortgage rules may have gone too far. 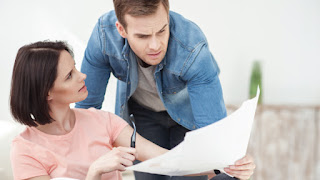 Just when we think, when we are told, that the mortgage regulation pause button has been hit, we see the Bank of Canada (BOC) increase its overnight rate by 25 bps, OSFI released a new discussion paper, including a recommendation to qualify all borrowers at 200 bps above the contract rate, and proposed changes to close a number of tax ‘loopholes’, all of which may have considerable impact to our livelihoods. Add to that the ongoing discussion about introducing Risk Sharing in 2018 and a number of us are saying “enough already!”

In terms of the Bank of Canada 25 basis point increase there may be another in the Fall. In 2015 when the price of oil plummeted the Bank of Canada decreased the overnight rate by 50 bps. Even though the banks only passed 30 of those 50 basis points along to consumers, the Bank of Canada essentially has a “free” 50 bps to play with. Notwithstanding mixed growth data, a Canadian dollar that has appreciated approximately 10% this year and inflation data that suggests we remain at the bottom end of the tolerance levels, there is essentially another 25 bps of rate yet to recapture.

The Office of the Superintendent of Financial Institutions (OSFI) is proposing changes that align with their July 16 announcement and strengthen the expectations they have in a number of specific areas including:

We, in the mortgage brokerage industry, have repeatedly made the following requests:


Changes to close ‘loopholes’ for ‘income sprinkling’ and ‘passive investments’ could potentially be the biggest changes to our tax system since the introduction of capital gains more than 40 years ago. The mortgage industry’s association, Mortgage Professionals Canada, is consulting with other national industry associations.

We at TMG are consulting with tax experts so that we have the opportunity to recommend a course of potential action.

What I can say and what I have seen is that a lot of collective voices are definitely more meaningful than a sporadic few.