Did the mortgage market do what we thought it was going to do in 2014? 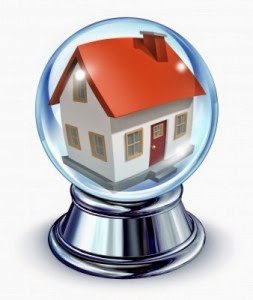 As we all know, predictions and forecasts are all well and good but sometimes they fall short of what actually happens. While I might be able to predict, with some level of certainty, what is going to happen tomorrow, the longer the time frame, the harder it is to “hit the nail on the head”.

So let’s start with last December’s Globe and Mail article – Five Canadian Mortgage Market Predictions for 2014. I thought it would be fun and interesting to revisit this article and see how accurate it really was.

Keep in mind that Rob McLister of Canadian Mortgage Trends, the author of The Globe and Mail article, is one of the thought leaders when it comes to shooting straight from the hip about the mortgage industry and where’s it’s going. Here’s what he said would happen in 2014:

1. Prediction: New mortgage rules – Expect more rule tightening in 2014 designed to reduce mortgage risk for lenders, mortgage default insurers and the government. By definition, those rules will make it slightly harder to get approved for some mortgages and further slow the housing market.

What actually happened: Well, when it comes to new mortgage rules, we certainly saw lots of changes in 2012 and 2013, but fewer in 2014. We had CMHC cut their Self-Employed/Stated Income and Second Home products but there were no changes to the Genworth and Canada Guaranty (the two private insurers) products, so this hasn’t had a significant impact on approvals. We have seen lenders starting to change the way they view payments for debt servicing purposes on personal lines of credit. Where once we could use the actual interest–only payment, as long as it was proven, most lenders want us to use 3% of the outstanding balance. We still had a couple of lenders who would use the lower payment amount, but these last remaining lenders will discontinue this practice at the end of this year so I predict more restrictions in 2015 than we saw in 2014.

2. Prediction: Credit unions will steal market share – Since they’re provincially regulated, credit unions have more flexible lending guidelines than federally regulated banks. They’ll use that to their advantage in addition to marketing more heavily, both online and to mortgage brokers. We’ll also see some big mergers this year as credit unions seek out economies of scale.

What actually happened: Credit Unions are definitely increasing their market share. While I can’t say that I am using them more, they can do things that OSFI regulated lenders just can’t.  I expect it will take more time than one year to see Credit Unions really make a noticeable dent in market share.

4. Prediction: Hybrid mortgages will grow more popular – Economists and government officials have been warning us of higher rates for four years. So far they’ve been wrong, and now many consumers aren’t sure what to believe. More Canadians will hedge their rate bets with hybrid mortgages (part fixed and part variable).

What actually happened:  Hybrid mortgages are definitely talked about more, but I’ve found that clients want the stability of a fixed rate payment, or the advantage of the lower payment/rate that a variable offers. Mainly it’s the savvy, yet risk adverse, investors who talk hybrid mortgages. These products represent a great opportunity to speak with your mortgage associate about what is right for you.

What actually happened: Consumer IQs are most certainly getting higher. The Internet has brought about change and transparency in the industry, which has benefited consumers. The younger generation also educates themselves online prior to making any sort of purchase – another great thing for the industry. I love to work with clients who come into my office, armed with great questions with a goal of learning even more. The perfect client! This will only continue as the amount of available information grows.

So there it is. Rob McLister just released his predictions for 2015 in the Globe and Mail. Let’s see how well he predicts the market next year.

Posted by The Mortgage Group at 06:26 0 comments

Here’s what we know about First-Time Homebuyers 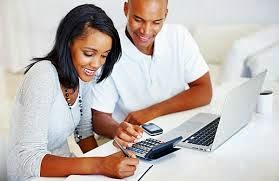 In May 2014, the Canada Housing and Mortgage Corporation (CMHC) completed an on-line survey of 860 first-time buyers from across Canada. All who responded had taken a mortgage transaction in the previous 12 months and all were one of the prime decision-makers within their household for matters relating to housing finance and mortgages.

Experience with Lenders and Brokers


The survey findings are positive indicators that consumers are increasing their knowledge about financial matters. Consumers who educate themselves about their financial options are able to make consistent, informed financial decisions and that will help them to achieve their goals.

The survey also makes clear that mortgage professionals are in a unique position to help educate consumers about their mortgage options and ways to pay off that mortgage sooner.

Posted by The Mortgage Group at 07:21 0 comments