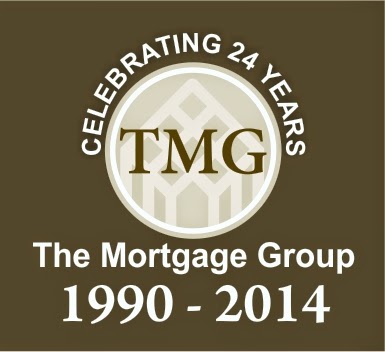 For twenty-four years, TMG The Mortgage Group has been quietly earning the respect of lender partners, the brokers who are part of the TMG family, and colleagues in the industry. As part of a very influential Western core group of broker advocates in the early 1990s, founders Grant and Debbie Thomas were instrumental in ensuring that Western brokers were properly recognized. Through their efforts, mortgage lenders such as Scotiabank to their business market.

Over the years, TMG has developed some of the best lender relationships in the industry, which stems from a corporate philosophy that lenders ought to be treated like customers.

Today, July 24, marks the 24th anniversary for TMG. With a network of nearly 800 mortgage brokers and agents nationwide, TMG has assisted hundreds of thousands of Canadians find the mortgage to best suit their financial needs. TMG operates on the premise that a mortgage broker provides the best value for consumers and has the knowledge and expertise to assist anyone seeking mortgage financing advice.

It was the time of Brian Mulroney and George Bush (Sr). One US dollar cost $1.17 Canadian. Caller ID systems were introduced and the Internet revolution began. Nelson Mandela was released from prison after 27 years and Iraq invaded Kuwait.

In its early years, the company operated as Kirk capital Corp. and opened its first franchise in British Columbia under London, Ontario-based “The Equity Centre,” led by industry pioneers Grant and Debbie Thomas. In 1997, Kirk Capital Corp. parted ways with that franchise network and changed its name to The Mortgage Group, becoming an independent privately-owned mortgage brokerage firm.

“When we started, mortgage brokers had a bad rap and were considered as a last resort,” said co-founder Debbie Thomas. “I wanted to educate the public of the benefits of using a broker.”

Although the industry has made inroads into gaining market share, it’s still not enough. “We just have to keep sending our message out to consumers and make sure our brokers are well-trained.” Debbie’s goal has always been to instill confidence in consumers when dealing with brokers.

TMG has also attracted mortgage leaders from across the industry and across the country. Its regional sales leaders and vice-presidents are experienced and well-respected individuals who work directly with brokers in their regions to help them exceed their mortgage business goals.

“TMG The Mortgage Group Canada Inc.  is a special company” said Mark Kerzner, President of TMG. “So much of our success is based on the relationships that we have developed over the years with our brokers, lenders and industry providers. We are continually looking to the future for ways of enhancing a broker’s value with an end consumer. At TMG we are on the right path.”

The company’s contribution has not gone unrecognized in the industry. In 2011, TMG was honoured with the Canadian Mortgage Award’s top award for Network Broker of the Year. In 2012, the company was named one of the Best Companies to Work for in BC. In that same year TMG was awarded with CAAMP’s Partners Excellence Award and Grant and Debbie received MBABC ‘s Pioneer Award for Lifetime Achievement. In 2013, the company won Employer of Choice at the Canadian Mortgage Awards and last year Grant and Debbie were inducted into CAAMP’s Canadian Mortgage Hall of Fame.

Yet, TMG is not a big, faceless company. Throughout the company’s growth, the brokerage has never lost its family-centred values. Indeed, it has maintained and reinforced its corporate family culture.
In the 14 years that Corrie Chenier has worked for TMG, she has watched the company grow from 40 brokers and a few staff to nearly 800 brokers staff. In all that time, she said TMG never lost its family values –it’s a place that Corrie calls home.

“TMG is very family-oriented and we work quite well together as a team,” she said. “The culture here also promotes a high degree of professionalism and we do all we can to help our brokers succeed - from our marketing department to our regional managers – we are focused on their success.”

Branka Hayes, who works in payroll, has been with TMG for 10 years. She has glowing praise for the company that has made her feel a part of a larger family. The atmosphere has helped her in so many ways -- as the company grew, Branka experienced her own personal growth.

“We are treated so well – all of us feel the same way,” she said. “Whatever challenges we go through, this company is here to help us. And whenever I was in need, Debbie and Grant were totally present with me and what was happening in my life.”

Shanna Goldberg, Broker Services & Benefits Coordinator, who works out of the Toronto office, has been with TMG for just two years yet it feels like her extended family. She is about to go on maternity leave. “It feels a bit like losing a family member,” she said. “I kept asking Mark if there was some way I could still work while on leave,” she laughs. “But he reminded me that it was my family time.”

While within TMG, Grant and Debbie are seen as mentors, experts and leaders.  Within the mortgage industry, they are seen as entrepreneurs, advocates and pioneers. But always, at its core, TMG is one big family.

Posted by The Mortgage Group at 06:15 0 comments

Licenses or Registrations Required: 5-7 years in an administrative role, ideally in the financial industry, but not required
Location of Positions: Toronto, Ontario
Applicants may contact: Email shanna@mortgagegroup.com or fax 1.888.534.3706 by August 1, 1014

Broker Support Coordinator is responsible for a wide variety of administrative duties in support of the President and other senior management members and teams. Duties include but are not limited to coordinating the hire and resignation process for all Ontario mortgage brokers, arranging travel plans for TMG management if required, meeting organization, scheduling appointments and drafting both internal and external correspondence. Strong customer service and interpersonal skills will be required as communication and client inquiry assistance will be a key component within this position. He/she is required to maintain confidentiality and professionally interact with employees, brokers, management and the public.

Posted by The Mortgage Group at 06:53 0 comments

The ongoing government policies that have intended to slow the housing market have certainly shown their desired effects over the past few years.  We have seen changes to amortizations, debt service ratios; reduction in the maximum amount Canadians can borrow to refinance their current homes from 85% to 80% loan-to-value, and limits on the maximum loan-to-value on HELOCs to 65%. The hardest hit was first-time homebuyers. And the most recent changes affected investors, those who purchase second homes, and the self-employed. 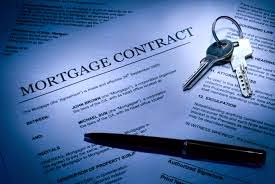 However, recent economic conditions suggest that mortgage activity will trend upwards for the near future as a modest rise in employment -- 1.2% in 2014 and 1.9% in 2015 according to CMHC’s most recent Housing Market Outlook -- and disposable income is projected to support housing activity.

House prices in many markets are still increasing and sales are healthy in most parts of the country. This is causing concern for Canada’s top banking regulator. Mark Zelmer, deputy superintendent of the Office of the Superintendent of Financial Institutions (OSFI), in a speech last week, focused on the continuing growth in household debt relative to income.

“I would not presume to claim that borrowers are acting irrationally or do not know what they are doing. But, by the same token, it is clear that the ability of the household sector as a whole to absorb major shocks is less now than it was a decade ago,” Zelmer said in a prepared speech.

Zelmer also said stress tests that show Canadian banks are prepared for a downturn, should not be viewed as overarching “safe harbours” because they are based on models and arbitrary assumptions. “Boards and senior management of financial institutions need to apply judgment in a forward-looking manner and not become too complacent in their capital planning exercises,” he said.

While the mortgage rule changes have created a tighter lending environment among the Big Banks, smaller institutional lenders are developing mortgage products to fill the void. Banks do carry a slight competitive edge in the market because they can cross sell to customers. However, smaller lenders are becoming more innovative with their product offerings, which is good news for consumers.

According to Paul Grewal, president of Street Capital Corporation, smaller lenders are continuously looking at different ways to provide a broader product line in order to differentiate itself from the competition.

Street Capital is currently in the process of restructuring to become a bank, which will enable the lender to offer new products and services like credit cards and GICs through the mortgage broker channel. This, in turn, will help create a competitive environment for mortgage brokers who will be able to diversify their offerings to consumers.

Hassan Shaikh, Assistant Vice President, Investments, for MCAN Mortgage Corporation, agrees that innovation is key to ensuring a competitive environment that will benefit consumers.
“We, as lenders, have to bring something to the table; one factor might be competitive interest rates,” he said. “However, there are many factors.”

Some of the other factors are those that a consumer won’t see directly but will feel the effects. For example, Shaikh mentions turnaround times and relationship management as two important factors. A smaller lender is better able to move on mortgage transaction quickly, which has a distinct advantage for a certain type of client.

Also, by having built a strong relationship with an underwriter, a broker will have the added benefit of working with a processing team who will try to get an approval on the more difficult deals. This makes the broker invaluable to his client.

Overall, consumers are the beneficiaries of a competitive environment. The introduction of new mortgage rules was the genesis for change, and for a time, it looked as if the competitive environment had been eroded. The industry lost lenders; lenders eliminated many of their product offerings; and the pool of potential home buyers was reduced.

However, smaller lenders and new specialized lenders have stepped up to the plate and the industry is, once again, competitive.