A time of great change 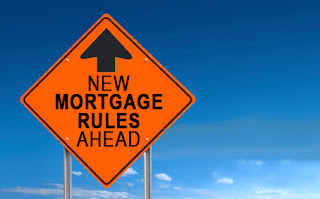 As you probably know, the mortgage rules are changing once again, effective January 1. The introduction of the minimum qualifying rate (stress test), this time for uninsured buyers, may be the toughest change so far. Uninsured mortgages account for 46% of the country’s $1.5 trillion mortgage credit, according to the Bank of Canada.

A survey by Mortgage Professionals Canada found that this requirement would disqualify about one in five potential home buyers.

Doug Porter, chief economist for BMO said that the last set of changes took 5 to 10 per cent of buying power out of the market and estimates that the new changes will do the same.

Paul Taylor, President of Mortgage Professional Canada said the new stress test will further reduce purchasing power, especially for first-time homebuyers. “Since everyone must qualify their GDS and TDS limits at least at the Bank of Canada 5-year benchmark, every home buyer now potentially sees their eligible loan amount reduced as a result of an artificial interest rate carrying cost.”

Since this means buyers can afford less house, the changes may dampen the overall market, not just for first-time home buyers. If existing homeowners can’t afford to move up, some may decide to not move at all.

The Ontario Real Estate Association has called these changes, “overkill” that will hurt middle class families. It’s those families who may not be able to take advantage of better rates and/or better mortgage products at renewal time. This may force them to stay with their existing lender.

“We believe many non-prime borrowers will turn to financing from credit unions, MICs and privates,” Taylor added. “In the alternative space, where interest rates are already in the 6-10% range, having to qualify at a rate 2% higher than contract will disqualify some borrowers. This incents competitors to traditional lenders to offer rates that may be higher but easier to qualify for, as long as they are less than 2% higher.”

Having fewer options is significant for the economy and for consumers.  While these rules will have a minor negative impact on large Canadian banks, it’s the overall mortgage volume from banks, monolines and non-prime lenders that may be affected. This change may impact their overall lending volume an could impact the entire housing market.

“We expect this to be a drag on the overall economy, specially in areas of the country that have had balanced or declining housing market activity,” Taylor said. “There is no doubt that this policy will supress demand, which will have a negative impact on the market and the spin off industries that are reliant on housing market activity. The irony of course, is that the government is at risk of creating the very situation that these policies are designed to avoid by triggering a housing market slowdown.”

And, the change will impact the mortgage broker industry as well.

Andrew Matheson, Area Vice-President, TMG Atlantic has crunched the numbers and has determined that home buyers will need 20% more income to qualify. “This could make it more challenging for those refinancing.”

“I’m also concerned that consumers may be pushed into higher interest credit products or even turn to their credit cards,” he said. “And new home buyers may have to find a co-borrower or use the bank of Mom and Dad.”

He’s already seen the Atlantic market tightening up, especially in rural areas. “A client who use to qualify for a mortgage in an urban area could qualify in a rural area,” Matheson explained.  “That’s not the case anymore. Lenders are now looking for stronger credit profiles.”

Matheson is fielding many calls from clients and potential purchasers about the implications of the rule changes. “There is a lot of uncertainty,” he said. “I understand the need for changes in hot cities like Toronto and Vancouver, but they’re are a bit over-the-top for Atlantic Canada. The onus is on mortgage brokers to educate purchasers and help them plan their purchase.”

This sentiment is shared by Taylor. “Given the sheer number of changes that have occurred or are about to occur in the past year, the mortgage finance world has become much more uncertain and complex,” he said. “Borrowers, now more than ever, need the expert advice of a mortgage broker to find the right rate with the right terms that suit their individual situation.”

While the new rules do not apply to credit unions yet, those that securitize loans may be impacted since market participants only buy compliant mortgages.

There’s evidence that credit unions are already thinking along those lines. Meridian, one of Ontario’s larger credit unions, says it’s reviewing B-20 even though it “does not technically apply to our business.”

“Meridian will consider that guideline as we are a prudent and responsible lender with a strong balance sheet,” Meridian president and CEO Bill Maurin told BNN in an email.

There may be an upside, however. Despite a slowing economy, consumers remain confident, population growth is strong, job growth has been good and we still have relatively low interest rates.

While January 1, 2018 is the date the new stress tests to take effect, it’s expected that lenders will make the changes before then. That said, now is the best time for Canadians to seek out the advice of a mortgage professional for their expertise and flexibility in the marketplace.

Posted by The Mortgage Group at 11:20 0 comments

Good reasons to use a mortgage broker 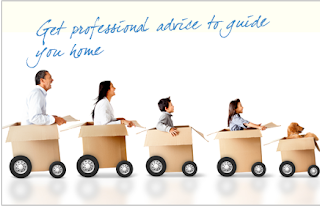 Owning a home is usually on a list of lifetime goals. And new home buyers usually have a lot of questions. Some worry about coming up with the down payment, some aren’t sure about their credit scores, others are self-employed, and already know that it can be challenging to get credit at all.

These concerns and any other questions home buyers have can be answered by mortgage brokers. In fact, mortgage professionals are valuable resources who are often overlooked simply because they are not connected to a bank. In some regions, there is still a perception that brokers are last resort lenders. In fact, mortgage brokers have access to most lenders, including the banks, and are uniquely qualified to assist clients get into the best mortgage products.

Angela West, a first-time home buyer in the North Bay area in Ontario decided to use a mortgage broker with her purchase, initially to get a better rate, but it turned out to be more than she expected.

“The process was very easy, much easier than dealing with the bank. My self-employment wasn't an issue, where it would have been with the bank. My partner has also made very different amounts of money in the past three years, even though last year was a really good year for him salary-wise, so that may have been an issue with the bank as well.”

West also said it was clear to her that the broker took the time to get the best deal – the best product and the best rate. “I liked the fact that someone was on my side.”

The whole experience was a positive one despite the perception some consumers may have.  “I can see where some people may be concerned that a mortgage broker is less "legit" since they aren't working with established financial institutions, but it wasn’t the case. I would definitely recommend using a mortgage broker.”

Bud Jorgenson, Vice-President, Prairies Region for TMG The Mortgage Group said mortgage brokers have an edge with first time home buyers because of their knowledge about the home buying process.

“We fully understand every aspect of the deal, from Purchase and Sale Agreements, working with lawyers, home inspectors, and lenders, to closing processes and the costs associated with that, “he said. We understand title insurance, default insurance, mortgage protection insurance and we are knowledgeable about legal requirements for a variety of different properties.  And because we fully understand it, we are there to help guide our clients throughout the whole process.”

For Ian Syphus, who refinanced his home in Niagara Falls, Ontario to consolidate debt, the process was surprisingly easy and stress-free.

“The Broker did everything, --she prepared the paper work, found the best rates, clarified any concerns -- I just needed to sign,” he said. Syphus also liked that the broker went to his home.
This is a big plus according to Gord Appel, Vice-President, Alberta Region for TMG. “Using mortgage brokers save valuable time for clients by eliminating the need to visit a variety of lenders and fill out multiple applications. Our hours are generally the client’s hours and we can be mobile, which can certainly benefit busy families.”

Follow up after financing was also an important factor for both West and Syphus. “I like the fact that I am always updated on rates via e-mail newsletters,” Syphus added. “And there is constant contact even after the papers are signed – that’s much more personable than banks.”

This is a key reason clients will benefit from working with mortgage brokers, according to Gerald Krahn, Vice-President, and Ontario Region for TMG. “Brokers take time to listen to a client and do what’s in their best interest, not only for the short term but will look at the whole picture 5, 10 years down the road. For example, when some banks introduce a low fixed rate, it may come with certain restrictive conditions. When brokers quickly counter that with the actual facts, the result is a stronger relationship with clients.”

Mortgage brokers are continually focused on the industry and keep up-to-date on changes. “We are truly experts on all things mortgage-related,” added Dan Pultr, Vice-President, B.C. “However, our expertise is not limited to mortgages. We understand our local real estate markets. We also understand credit issues and ways to improve credit scores, with the end result of helping clients achieve their dream of home ownership.

With the changes in mortgage rules and qualifications over the last two years and the rising interest rates, TMG The Mortgage Group continues to offer its brokers the tools and support that helps them better serve their clients.

Find your local TMG mortgage broker at www.mortgagegroup.com
Posted by The Mortgage Group at 08:25 0 comments