An Alphabet Soup of Economic Predictions

Which is Canada Most Likely to Experience? 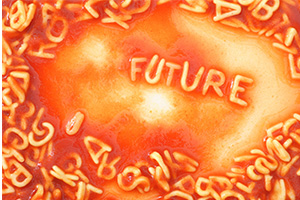 You’ve likely heard of analysts using letters of the alphabet to describe the potential paths for Canada’s economic recovery.

Will that graph of the country’s GDP look like a V or more like a U? Perhaps even a W, but hopefully not an L.

Below we take a brief look at what each of the recovery shapes mean, which is most likely, and how that might affect the country’s housing markets.

Let’s take a look at the letters that have been employed to describe the “shape” of where Canada’s economy has been and where it’s headed:

V-Shaped: The most optimistic of the scenarios, this forecasts the steep decline in Canada’s GDP bouncing back quickly and returning to pre-COVID levels in short order.

U-Shaped: Similar to the “V” recovery, but this scenario anticipates a longer period of low or no growth. However, it also describes an eventual quick return to pre-COVID growth levels.

“Nike Swoosh” Shaped: This is a variation of the “U-shaped” recovery, but describes a more gradual and prolonged period of economic recovery.

W-Shaped: Like the V-shaped scenario, except the W forecasts a second steep decline in economic performance—possibly due to a second wave of the virus—followed by a second quick recovery to more normal levels.

L-Shaped: This is the most dreaded of them all, describing a persistent recession that doesn’t see the economy returning to pre-COVID levels potentially for many years.

Which Recovery Path is Most Likely?

There’s much disagreement over which model is likely to play out.

Some expect the economy to face continued headwinds for at least the next year, with some ups and some downs, perhaps along the lines of a W-recovery.

“Our economic forecast envisions the economy continuing to operate well below full capacity into 2021,” economists with RBC Economics wrote in a research note. “The road to recovery will be slow, and it could be quite bumpy.”

Others remain optimistic that the V-recovery is still taking shape.

“The good news is that the incoming data continue to suggest a recovery that is about as v-shaped as we could reasonably have hoped for,” noted Neil Shearing, Group Chief Economist at Capital Economics. “The bad news is that sustaining the pace of recovery will get increasingly difficult from here.”

In a separate research note, economists at Capital Economics added, “In terms of fundamentals, it now seems clear that household income has not fallen by anywhere near as much as we expected in the second quarter, despite the slump in employment.”

Then there are others who don’t think any letter—in the English language or otherwise—can accurately describe the path that lays ahead.

“I don’t think a letter is going to neatly capture what we’re going to be looking at,” Douglas Porter, chief economist at BMO, told the Financial Post.

The fallout for the real estate and mortgage markets has been a big unknown since the start of the crisis, largely because both supply and demand fell in unison.

“The fact both sides of the demand-supply equation fell in virtually equal proportions…revealed an important characteristic of COVID-19,” RBC economist Robert Hogue wrote. “To date, it hasn’t created market imbalances.”

While home sales plummeted in April by 57% as the effects of the lockdowns took hold, the decline in home prices has so far been limited in many markets.

And with sales already rebounding in May by nearly 57% and new listings seeing a 69% increase, there are signs some markets may be back to posting year-over-year price increases in short order.

Still, as economic fundamentals remain below potential for the foreseeable future and as government assistance programs, such as CERB and the mortgage payment deferrals, come offline this fall, many expect modest price declines.

“We believe downward price pressure will build in most markets in the coming months,” wrote Robert Hogue of RBC Economics. “Nationwide, we expect benchmark prices to fall 7% by the middle of 2021, though believe a widespread collapse in property values is unlikely.”
Posted by The Mortgage Group at 07:33