Where would you prefer to live? 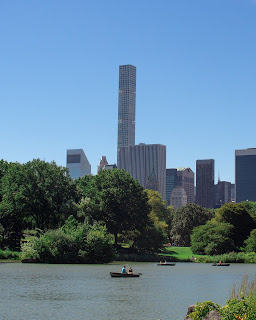 As we move into Spring, and as provinces across the country begin easing restrictions, The Canadian Real Estate Association (CREA) is hopeful that home sales will start to tick up. The housing and mortgage markets have adapted to COVID-19 and have put safety measures into place with virtual house tours and electronic document signing.

According to available data from Realtor.ca, Canadians are spending more time looking at properties on the site. During the week of March 9, visits dropped by 30%; however, since April 12 traffic has crept back up by 14%, and consumer inquiries through the site rose by 25% -- similar to levels during the same period last year.

Consumer confidence is also on the rise. The Bloomberg Nanos Canadian Confidence Index ticked up slightly to 38.73 in its second-straight gain after more than two months in free fall.

Canada Mortgage and Housing Corp. (CMHC) reported that construction of multi-unit housing projects remained strong in some provinces last month despite COVID-19.  The agency saw growth in Ontario, Saskatchewan and Manitoba in April.

REMAX has just released its latest report, “Best Places to Live 2020: Canada Livability Report,” and has found “glimmers of hope” for the months ahead.

Liveability, according to the report, is about quality of life at a local level -- ‘A neighbourhood’s dynamism, or lack thereof, involves a delicate convergence between independent small businesses, public institutions, arts and culture, green spaces and housing, to name a few. Here’s what the report found.

Ninety-one per cent of Canadians have at least one important liveability factor when considering a neighbourhood they live in now or would like to live in, in the future. Affordability topped the list at  61%, followed by:


For city lovers, liveability criteria such as proximity to transit, access to green spaces and parks, proximity to good schools and neighbourhood vibrancy (access to art and culture) tops the list for families with or without children.  Various neighbourhoods such as Old Town Toronto and Beltline in Calgary best suit their overall needs.

Retirees prefer areas with access to green spaces and walking paths, proximity to health care or pharmacies, and quietness -- Mill Woods Park in Edmonton and Melville Cove in Halifax are among the top preferred neighbourhoods.

For affordability, Winnipeg and Edmonton are top regions. In Ontario, it’s regions like Ottawa, Windsor and Durham.

Edmonton is ranked at the top for most liveable city. Other cities that ranked high are:

Despite reports of slowing economic conditions there are promising signs that that the housing market will make a comeback, although it may take a while for a full recovery.

In the meantime, with many still home bound, there’s no harm in looking at the real estate listings to see what’s available in a neighbourhodd that fits your liveability criteria.

For a deeper dive into the report, read it here.