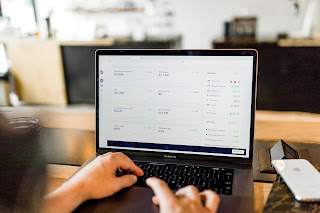 Mortgages and interest rates are still talked-about topics in the current economic climate.

Here’s a recap. In January 2020, just prior to the pandemic surfacing in Canada, a five-year fixed rate was trending at approximately 2.89% to 3.09%. Fixed mortgage rates are loosely based on bond yields, which were trading at 1.5%.

Also, in March, The BoC, cut its overnight rate three times - - it now sits as .25%. Most lenders also lowered their prime lending rates to 2.45%; however, the deep discounts have disappeared. Variable-rates are sitting at approximately Prime minus 20 basis points, or 2.25%.

In the current economic environment, the “traditional” rules are out the window, simply because what the economy is going through is unprecedented and everyone is moving cautiously.

Despite low bond yields and cuts to the prime rate, lenders are considering other factors – the rise in unemployment for one. One of the main indicators pointing to a continued healthy economy is jobs. Without jobs, household budgets get tighter, consumer purchases slow down, manufacturers scramble to reduce inventory, which could lead to lay-offs, and bankruptcies rise. Job loss is also a leading cause of mortgage default.

Statistics Canada reported that the country lost one million jobs in March, but that’s only a glimpse since the data is based on surveys in the week that started March 15. For perspective, economists suggest Canada's unemployment rate right now is likely around 20%, from an “average” of 5%. As you can see, the economic situation has been volatile and conditions can change daily.

Because the outlook is uncertain, and future mortgage defaults may be higher, lenders built risk premiums into their rates and we saw mortgage rates increase, despite the signs that borrowing costs were reduced.

The Government is keeping the economy afloat by injecting billions of dollars of financial support into the economy and, by default, instilling a small degree of confidence in Canadians. However, it’s likely that Canada will be in a recession – as some economist say it is now, and will take many months to recover.

The housing market is a vital component to the success of the Canadian economy. In many respects, the industry can help to stabilize a faltering economy.  Having said that, not everyone is out of work and consumers are still buying and selling houses.

There is an end game here and eventually the economy will start humming along. Jobs will return slowly, and low interest rates will likely be around for a while as we start the hard road to recovery.

Posted by The Mortgage Group at 13:22