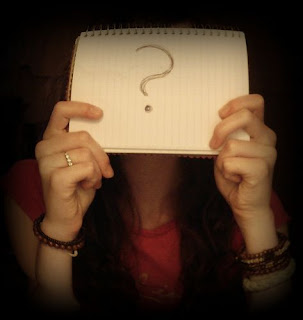 What are we to make of the mixed messages in the media? Are we in a bubble? Has the bubble burst? Are prices going up? Are prices going down? Are sales down or are sales up? Are new housing starts up or are they down? Is this a good time to buy? Are first time home buyers abandoning the market?

According to the Canadian Real Estate Association’s most recent report national home sales were down slightly from December 2016 to January 2017 by 1.3%. Yet actual activity in January was up 1.9% from the previous year. Newly-listed homes dropped 6.7% but prices were up; however, the average sale price has hardly changed in a year. What are consumers to make of it all?

Then there are the recent changes made in the mortgage industry that many say have further eroded affordability and have made it more difficult for first time home buyers to purchase a home. What is really going on?

Here’s what we do know – all real estate is local. In cross-country interviews, a snapshot emerges that concludes the following:


Here’s what a sampling of TMG mortgage brokers say is going on in their provinces.

Katy Mackenzie, Vancouver, BC
Due to the introduction of the B.C. Home Owner Mortgage and Equity Partnership program, condos or strata properties are very attractive to first time homebuyers.  We’re seeing multiple offers still and the re-introduction of Realtors asking buyers for subject-free offers, which is always risky.  Even in cases where we can offer pre-approvals, and many lenders are not issuing those anymore, we all know that anything can change. Many lenders will not look at a deal unless there’s already an existing offer.

Detached homes in the Vancouver area are not moving because it’s become harder to qualify and homes over $1million dollars are not insurable so there are fewer buyers. The luxury home market has also gone quiet because sellers have not brought down their list price.

First time home buyers are still there. With the new qualifying rules, those who were on the affordability margin have left the market. Some are discouraged but others are being pro-active and paying down debt. Those still in the market have the down payment but are looking for lower-priced homes.

February has been significantly busier. Home buyers are still active and are still qualifying in the $1 million and below price range.

Layne Walters – Calgary, AB
Contrary to popular opinion, the real estate market here did not correct much – prices have been the same here for 10 years. House values have roughly been the same. Because there are so many ups and downs, supply and demand is always adjusting.  There is a challenge in the high-end market but there is stability here – homes are more affordable now then in the 80s – it’s not any cheaper to rent.

It’s the economy that’s struggling here.  Half of the city works in the oil and gas industry and they have been impacted in the last few years. The other half of the population are still working and doing okay.

What I am finding, however, is more people taking the time to learn about mortgages and their options, getting pre-approved then waiting. There’s not an urgency to buy because they know prices are not going to rise.  The market is moving at a slower pace but it’s steady. People still buy when it makes sense for them.

The recent mortgage changes have had less of an impact. Affordability is not really an issue. Minimum wage has gone up and house prices have remained stable.  It’s a slow, steady market – boring actually, if you compare it to what’ s happening in Toronto and Vancouver. First time home buyers come in and ask what they can afford. We’re not impacted by the new rules as have other markets.

This year has some promise. The oil and gas industry is hiring again so there will likely be a migration shift back to Alberta. The economy is projected to expand. We do have inventory available – it’s going to be a slow, steady kind of year. Sometimes it’s good to be boring.

Amber Rambally, Saskatoon, SK
Market activity is starting to pick up here especially for homes that are priced correctly. New builds are sitting because they have been significantly overpriced, but we’re starting to see prices dropping in those as well. The market is flooded with new condos, but prices of older condo conversions have dropped significantly.

The resale market has stayed even in the last year depending on how much work they need. Houses built in the 80s, early 90s are good quality and are typically on larger lots and have held their value quite well. Bungalows from the 70s were priced high but have now become more affordable.

However, buyers have been hesitant about getting into the market because of the new mortgage rules.  There have been lay-offs due to the slowdown in the oil and gas industry but we’re seeing people going back to work.

Clients are asking more questions and wanting pre-approvals but I don’t see them making that decision to get into the market yet.

What is nice in this market is that first time home buyers don’t have to start in a condo, they can get into some single-detached homes. While the new rules may have impacted affordability, having the down payment has not been a challenge. I’m sure 2017 will be a growth year in the market.

Jeff Sparrow – Winnipeg, MN
The market is hot and has been on an upswing for the last 10 years. There are tons of new home starts and new developments -- we have one development in the south end that’s slated for 30,000 homes. That’s in addition to six other sub-divisions.

There’s also lots of activity in the resale market but due to lack of supply there are multiple bids – it’s the sign of the times.

We have lots of jobs – manufacturing, agriculture, blue-collar, white collar.  If you’re in the construction industry, you’re busy.

Winnipeg’s unemployment rate is low. Manitoba’s growth is slow and steady and very stable. I anticipate that 2017 will be a good year.

The mortgage industry here is competitive, not helped by the fact that we have the largest per capita population of credit unions in the country. We work hard each day for our business in a very active mortgage market, but we’ve been dealing with this for awhile. Our approach to working with clients has not changed – we educate them and we offer them options –something they can’t get from a bank.

We’ve also seen an uptick in first time, quality home buyers. These clients need someone to have an intelligent conversation with them about how the mortgage lending industry works. We usually win the client over.  We’re looking forward to 2017.


Mike Rogozynski – Woodstock, ON
Here’s the new normal -- lack of supply. We have buyers but nothing to buy.  When a desirable home comes on the market, Realtors set a day for offers, resulting in multiple offers.

I know this happens in many markets now but it does inflate the selling price. In these type of situations Realtors want no financing conditions.  This adds an extra challenge for mortgage brokers, so I make sure to have all documents beforehand and I really push the online application process, rather than an in-office meeting, to speed up the process. We haven’t seen skyrocketing prices yet, like in Toronto, but prices are increasing. Houses are also closing faster – 30-45 days in areas.

As for the mortgage rule changes, most people are not aware of them and are confused when told that someone with 20% down gets a higher rate than someone with 5% down. Even after it’s explained to them they can’t see the lender’s side of things. Even Realtors don’t understand it.

First time buyers are still in the market – they get a preferable rate because they usually have only 5% down -- and they tend to be much more educated about the market and mortgages.

Blake Wilson, Halifax, NS
Our market seems to be stable. Clients are looking for house a little earlier this year and Realtors are optimistic. Homes under a half million are doing well; over that, there are fewer buyers. New construction properties are selling well.

Mortgage approvals continue to be a challenge, especially among the self-employed and now first time home buyers, given the recent rule change -- affordability has eroded for them.  For example, I had approved a salaried electrician who had saved the 10% down payment for a Purchase Plus mortgage. With the introduction of the new mortgage qualifying rule, he had to now pay out his student loan to qualify.

I am also seeing a lot of confusion at the banks from customer representatives who don’t understand the rules themselves. Banks seem to declining more deals where we can get them approved because we have many options.  For example, I had one client declined by two banks and I had them approved in 24 hours.

This is a great opportunity for brokers.  I am bullish on 2017.