A new world view – the impact of the Millennial generation 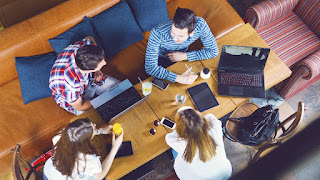 The world has changed dramatically over the past eight years since the Global Recession hit in 2008. The biggest change and one that will have the biggest impact to future economies is the changing demographics of the world’s population.

Millennials (ages 18-34) have now surpassed the Baby Boomer generation (ages 51-69) and Gen X’ers (ages 35 to 50) will surpass Boomers by 2028. These two groups, Millennials and Gen X’ers,  are quite opposite to Boomers in their spending habits, in their lifestyle choices, and their personal goals and will have a definite impact on our economies worldwide
.
Their spending habits, for example, are vastly different: Millennials are thrifty, buying more but spending about a quarter less on average than Boomers or Gen Xers, according to a new TD Bank report.

Research has found that Millennials are “confident, self-expressive, liberal, upbeat and open to change.” There are also some interesting differences between them and older generations. Here is how they match up on what they consider the ultimate reward for paid employment:


Another important difference is that Millennials are savers, smart shoppers and very tech savvy.  They are better money managers than older generations and live within their means. Despite the burden of student debt they seem to have money.

What older generations considered “must-haves” are no longer important. For example, 30% of Millennials do not intend to purchase a car in the near future. Instead, they like the idea of Uber. They like to travel but check out sites like Airnb. Hotels and rental car companies have already begun to feel the effects.

The freelance or “gig” economy has been growing for the past 10 years.  Millennials like the flexibility of freelance work for its flexibility. One reason is they are vastly under-employed despite having the most education and freelancing has become a viable alternative.

They like the idea of home ownership. According to the TD Bank study, the top three priorities for Millennials before purchasing a home include saving for a down payment, paying off debt and having a steady job. And 63% of them are considering purchasing a home in the next two years. Because they are a generation of savers, nearly two-thirds are saving for a down payment, citing it as the biggest hurdle. Other key findings include the following:

Here’s what they don’t want to do:

While it’s hard to predict what will happen in the future, it’s clear that Millennials and the technology revolution have already impacted global economies. What they do, their attitudes and behaviours are leading indicators of what's to come -- what they do will shape the rest of the world. They represent a huge shift in how people learn about the world around them and how they engage in it. Perhaps it’s time for a rethink about what is “normal” in today’s economy and work towards adapting to the changes.

Posted by The Mortgage Group at 04:33