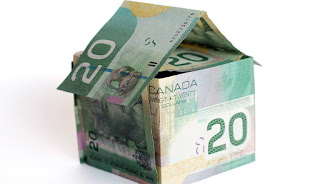 New mortgage rules, rising interest rates, and stress tests have definitely cooled housing market activity by making it more challenging for some to qualify for mortgage. An unwelcome consequence continues to be eroding affordability -- as sales activity slows down, house prices have continued to go up, and not only in major urban centres.

In the first quarter of 2018, home affordability eroded further at the national level – the 11th straight quarter of declines, according to a report by the National Bank. The bank measures affordability as the mortgage payment on a median-priced home as a percentage of median income. Last quarter, the metric rose by 1.2 points in Canada. The higher the metric, the worse the housing affordability.

The bank also suggests that as interest rates rise, affordability will continue to decline, setting the stage where prices have nowhere to go but down. But when? And will it be too late?

The National Bank report also says that by the end of 2019, prices would need to fall 2% in Toronto and Vancouver to keep home affordability from eroding further.

Economists have been predicting a more stable, balanced economy where people are happily working and are able to pay their debts; where interest rates are “low normal” and where house prices are affordable.  Well, that was a few years ago. The once booming real estate sector is in a bit of a slump.

The Canadian Real Estate Association (CREA) reported that national home sales on the MLS were down 2.9% in April 2018, to the lowest level in more than five years. About 60% of all local housing markets reported fewer sales.

According to Will Dunning, Chief Economist, Mortgage Professionals Canada, data for the first quarter of 2018 points to a sharp slowdown. For the first quarter, the sales rate was 10.3% slower than in 2017. The average price in Canada was $482,782– a 4.8% drop compared to a year ago. However, when we look at the price index as opposed to averages, which can be easily skewed, Dunning reports a different picture.

The index from CREA shows that in the first quarter of 2018 prices were 6.4% higher compared to a year ago. The index from Teranet/National Bank shows a rise of 7.6%. Price growth is strongly influenced by the balance between supply and demand, which can be measured using the sales-to-new-listings ratio. The data from CREA indicates that the ratio was 56.6% in the first quarter. Based on that ratio, Dunning expects house price growth in many areas of Canada, which is what is indeed happening.

We are living in strange times. World economies have changed; NAFTA is at risk and our economy might start to feel the effects of a trade war with the US. The new mortgage-insurance rules and stress test have indeed impacted the market, especially for the first-time homebuyers.

In an April 2018 survey by West Coast Capital Savings, 60% of young British Columbians (18 to 29 years old) believe it’s impossible to buy a house in the province’s pricey real estate market and are “seriously considering” moving to areas where home ownership is less costly.

While some homebuyers can adjust their housing expectations and move to buy something less expensive, some potential buyers will be knocked out of the market. And will there be enough, good inventory available for purchase?

There is no arguing that the market has cooled, but it has not stopped. We have not yet heard of massive foreclosures, which mean that households continue to pay their mortgages and their debts.
So, the big question is when will prices really start coming down in a way that will make housing affordable again.

We need to continue to closely watch the market to determine if rising rates and lower home values are a blip or a trend which will ultimately impact long term affordability for Canadians.

Posted by The Mortgage Group at 06:41