How Brexit will impact you

(With files from Gina Monaco) 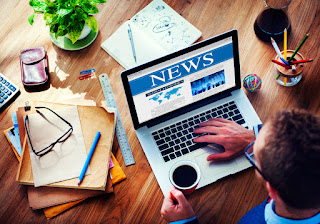 All news channels, and most of the world, have become obsessed with Brexit, for good reason. In what is a now a historic moment, the majority of voters in the United Kingdom voted to exit the European Union (EU) – a partnership that came into existence after the Second World War. It morphed into an economic and political union of 28 countries working as a single market, which allows free movement of goods, capital, services and people between member states.

The negative effects of this decision was immediate – markets dropped, currency values fell and trade relations have become shaky. The reason  -- uncertainty. No one knows the long term implications -- not the economists, not the leaders of the remaining countries, not even those who voted to leave.  And it may take years to find out.

What we do know, however, is with uncertainty comes changes and it could and most likely will impact Canada, specifically our housing market. Here are a few ways that Brexit may affect you:

Interest rates will remain low
The immediate impact of the post-Brexit vote on Canada's economy will be pressure to keep interest rates at historically low levels, according to BMO chief economist Douglas Porter. That's good news for consumers. The U.S. Fed, which seemed ready to hike rates in September, will likely delay that decision, for now. In Canada, economic conditions continue to support low interest rates and a delay by the US will almost certainly leave things unchanged. The Bank of Canada's latest rate announcement held the overnight rate at .05%, which is good news for variable rate mortgage and loan clients.

The Loonie
The Loonie fell fast after the vote, relative to the US dollar. In the end, it lost more than a full cent, closing at 76.93 cents US. However, on a positive note, relative to the Pound and Euro, the Canadian dollar has strengthened, as Europe grapples with the economic fall out, so if you're headed to the U.K. or Europe, chances are you'll be pleasantly surprised with the exchange rate.

Your savings
If some of your savings are in equities or mutual funds, the Brexit vote may have had a surprise negative impact on your portfolio. However, most economists don't believe another financial crisis is at hand. Historically, markets tend to overreact at first then start to reclaim some of their losses. Although Brexit is cause for concern and has created uncertainty, the long term impacts are still not known and many are saying the reaction is overstated and to hold on until the dust settles.

While Brexit has created uncertainty in a dramatic way, there is an upside. If you're searching for a new home, you’ll continue to enjoy record low interest rates and your home may be worth more than ever before. If you’re looking to refinance to pay off debt or lower your borrowing costs, increased property values and low interest rates help home owners unlock some of that equity they’ve built up as property values continue to rise and the most advantageous terms.

Posted by The Mortgage Group at 05:50