The impact of BC’s foreign tax 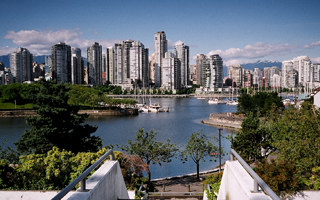 There are a lot of unknowns regarding BC’s decision to tax foreign home buyers, a requirement that took effect this week.  The impact on the market was immediate. Real estate agencies, mortgage brokers, lawyers and notaries scrambled, during the week leading up to and including the holiday weekend, to close the sale of hundreds of homes leaving many home buyers frazzled before the August 2 deadline. In fact, it was so busy, the land registry system crash, forcing registration to be done manually.

Provincial Finance Minister Mike de Jong unveiled the 15% tax levy on Monday, July 25, leaving less than a week for the housing market to react. The tax is part of legislation aimed at foreign ownership, which has been blamed, at least in part for low vacancy rates and high real estate prices in southern B.C.

Dan Pultr, Vice-President of TMG The Mortgage Group Vancouver said that the government may have rushed its decision to implement the tax so quickly. “Following significant public outcry, the government clearly felt it needed to do something about the housing market, however they may not have thought through the unintended consequences and strain on the systems and of a retro-active tax.”

The biggest issue for Pultr and others in the mortgage and real estate industry is that the new tax is based on the closing date and not the contract date.

Pultr agreed that something had to be done but it may not be the solution for the long-term. “Vancouver has always been an expensive area and has attracted healthy investment activity and frankly, if you have substantial income or assets, as many foreign investors have, it’s hard to say if the tax will deter them from investing.”

Moody’s, the bond credit rating agency believes the tax will likely slow down the steep house price appreciation in Vancouver that has grown over the past decade.  For example, a foreign buyer will pay $168,000 in land transfer taxes on a $1 million home in Vancouver after Aug. 2, compared to the $18,000 cost for a Canadian citizen or permanent resident.

Other countries, including Hong Kong and Australia have imposed similar taxes designed to stem foreign investment in real estate.

The new tax also applies to foreign-controlled corporations that are not incorporated in Canada or in which at least one beneficiary is a foreign entity. Interestingly, the tax does not apply to commercial real estate, an area that has seen increased interest from foreign individuals and entities. The leading commercial indicator has been at an all-time high, and because a lot of commercial buildings are done as share sales, property transfer tax is avoided all together. So the tax would only be levied on a foreign-controlled company that purchases residential real estate.

However, the tax does negatively impact some home buyers.  Chris Adkins, a 12-year veteran mortgage broker for TMG The Mortgage Group in Vancouver believes the short term effect will be a psychological one.  In the long term, he doesn’t think much will change.

“The wealthy don’t really care about the costs -- if they want to buy, they will. The real issue is supply and demand.”

Others will be unfairly penalized, he said.  “For example, those who have work permits in Canada and who pay taxes will be affected.”

He also mentions the New to Canada program available will have to change their status requirements for immigrants. “It’s a big grey area and there are a lot of unknowns. It’s almost akin to taxation without representation.”

Adkins suggested that BC might have looked at the Australia model more closely, which levies a foreign tax on homes in the higher price range.

He also does not believe this tax will have the long term effect that was intended.  “In Vancouver, demand is outweighing supply and government red tape is holding back a large number of units from the market, which increases the prices in an already high-priced market.”

Can this happen in Toronto?

Ontario Finance Minister Charles Sousa has said he is “looking very closely” at BC’s new tax, but is Toronto in the same situation as Vancouver?

According to Murtaza Haider, associate professor of real estate management at Ryerson University, the two cities are vastly different, despite both having high prices. Again, the supply and demand argument comes into play.

“What you see in Toronto is a supply constraint. New homes are not coming in at the same pace and at the same time the demand is slightly higher… and that is also contributing to higher prices here,” he said in an interview with Macleans Magazine.

A new Angus Reid online poll conducted last week in BC  found that most respondents support a tax on foreign buyers of Metro Vancouver homes but  doubt it will be effective  to cool  the region’s red-hot real estate market.  And despite the new tax seven out of 10 respondents believe affected buyers will manage to find loopholes allowing them to get around the new tax.

A lot of unknowns.

Posted by The Mortgage Group at 05:06