What is happening to Canada’s housing market? 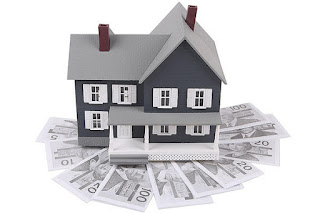 Well, that depends on where you live. But first, let’s look at the economic big picture. Oil prices are the lowest we have seen in decades – oil is currently trading around $29 a barrel. Why has this happened? Certain oil producing countries have flooded the market, which has driven the costs down.

It’s no surprise that this downhill slide has had a negative impact on the Canadian economy as whole, and in particular Alberta and Saskatchewan.  The energy sector accounts for more than a quarter of the national GDP. When the energy sector is doing well, so does the real state sector in those provinces and so does the economy as a whole.

Now to the Loonie which is trading in the low 70 cents U.S. The last time we saw this rate was in 2003. More disconcerting is that our dollar has lost more value against the U.S. dollar than other major currencies, including the Pound or Yen, leading some economists to whisper the “R” word. However, we have been in a “technical” recession for a couple of quarters now.

Foreign investment in the Canadian real estate market has driven prices up in provinces like British Columbia.  This is welcome news to those who own property, but as we’ve seen in the Greater Vancouver area, increased prices have made the market, for first-time home buyers, at least, more unaffordable.  Foreign investment is a major factor and the low dollar makes investing here an attractive proposition.
A snapshot taken from across the country shows continuing high prices in Vancouver and Toronto, and shows a sluggish economy in Alberta and Saskatchewan.  Housing starts are down across the board yet prices are still expected to increase, especially in high demand areas.

Despite the somewhat gloomy reports, it isn’t all that bad. First of all, mortgage rates, both variable and fixed, are low, making it easier for first-time home buyers to purchase a home, especially in markets outside of Vancouver, Toronto and Montreal where prices are more stable. And that’s the other plus – homes outside those areas are affordable. The new down payment rule may not affect areas outside large markets. The new rule requires that a 10% down payment is required for the amount that goes over $500,000. For example, a home purchased at $600,000 requires 5% down on the first $500,000 and 10% down on the balance of $100,000 for a total of $35,000. Prior to the new rule the down payment would have been $30,000.

Another factor is supply and demand -- as the population continues to grow, people have to live somewhere.  There are still more buyers out there then there are sellers, which means there is still a demand for homes. And so far, it doesn’t look as if the market is slowing down, with the exception of Alberta – Saskatchewan is already seeing increased activity.

The Spring market will soon be upon us and will come at the heels of the new Liberal government’s much-anticipated budget.  Prime Minster Trudeau vows to make it a budget focused on stimulating the economy as the country weathers this slow period of growth.
In the meantime, there will be no bubbles bursting in a housing market that is remarkably resilient.

Posted by The Mortgage Group at 06:36