The Growth of the Canadian Economy 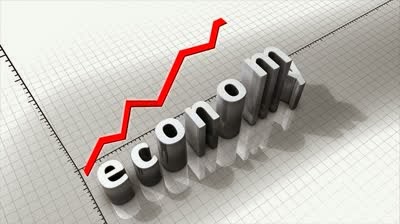 When Bank of Canada (BoC) Governor Stephen Poloz lowered the prime interest rate to .75% earlier this year in response to what he called the “effects of the oil shock” it came as a surprise to economic pundits and economists alike. Many thought the central bank would hold off on moving the rate until late 2015 or early 2016, with the next adjustment expected to be a hike.

"We have an oil-price shock, which will reduce the income flowing into Canada and lead probably to some increase in unemployment overall," Poloz said.

Until the “oil shock”, Canada seemed to be headed for some post-recession growth. Still, Poloz said he was encouraged by signs of economic life, particularly in Canada's non-energy sector, thanks to a low loonie and strong U.S. growth.

Yet, we still hear about housing bubbles and overvalued real estate. It’s true that house prices in many markets are on the upswing especially in the country’s two hottest markets -- Vancouver and Toronto.

However, the Spring market has turned out to be surprisingly strong and ReMax revised its house price projections upward last week citing high consumer confidence and low inventory. There are even bidding wars in some markets surrounding the “Big Two” – like Hamilton and Barrie in Ontario and in Victoria B.C.  And while in Calgary, the housing slump is evident (oil shock fallout), the Edmonton market is showing resilience.

There was talk that Poloz might lower the prime interest rate again, which did not happen. Poloz said the January interest rate cut was enough to support the nation’s economy as it recovers from the slump in oil prices. Total inflation is at 1%, reflecting the drop in consumer energy prices. Core inflation has remained close to 2%.

So what does that all mean for the Canadian housing market? At this time, little of what has occurred has had an adverse affect on the housing market in most areas of the country. Is there a housing bubble? Well, we have been hearing about a potential housing crash since 2010 – if it was going to happen, it likely would have happened by now.

During these past four years, the government has imposed tighter restrictions to mortgage qualifications and mortgage products, which have altered the lending landscape, and which appear to have prevented a housing collapse. As always, there will be doomsayers.

A better thought is to look at all the positives in the economy starting with the latest Bloomberg Nanos Canadian Confidence Index. According to the results of its recent telephone poll, Canadians are optimistic about real estate, with consumer confidence the highest it’s been in three months. Homeowners are more confident than renters.

When we review the recent federal budget, there are more positive signs for housing and the economy. For one, it was a balanced budget and the government is projecting a surplus of $1.4 billion dollars. Seniors get a new tax credit for home improvements to improve accessibility. Small business gets a tax rate drop to 9% from 11% over the next four years. Manufacturers get a tax break. And the budget held off on any new measures to cool housing.

“There has been an appropriate and desirable moderation in housing activity in most regional markets across Canada. Toronto and Vancouver, in contrast, have continued to experience periods of strong sales and price growth, with housing market strength in these cities supported by such factors as population growth and land scarcity,” according to the budget.

This, despite the fact that household debt levels have reached record levels, again.

Also, when we look at the news coming out of some key sectors, this is what we find:

All of this good news in the Canadian economy trumps the small news and makes Canada a growing, stable economy that can weather short term fluctuations for a strong and prosperous future.

Posted by The Mortgage Group at 06:57