Is real estate a good investment? The long answer is yes

It seems it’s a tough world for Gen Y’ers – high student debt, shortage of jobs, living with parents longer, and now the dream of home ownership might have to wait. Yet, an RBC poll released early in April found that young Canadians see home ownership as a good investment and 41% of the respondents plan to buy. The poll also found that 86% of those aged 25-34 believe owning a house or condo is a solid investment, up from 78 % last year. 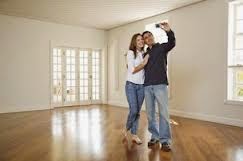 So is real estate still a good investment?  The RBC poll confirms that it might be, at least as far a millennials go.  “The increase in the number of those who feel the housing market is a good investment, as well as the number of those who intend to buy, really highlights that Canadians have no doubt in the strength of the housing market”  said Erica Nielson, RBC’s vice president of home equity finance, about the poll results.

Here’s how the results breaks down per province:
Interestingly, a discussion initiated by the Globe and Mail asking the question about real estate as an investment received a lot of attention. Those who answered do believe that a home is an investment that builds wealth in addition to it being a place to live.

Let’s take a closer look at that. Those who are pro a home as a good investment will point to the increase in resale prices over the past 10 years, which have increased more than 6% annually since 2000, according to the Canadian Real Estate Association (CREA), which is triple the inflation rate. This increase helped improve a household’s net worth, unless you were under the age of 35.

In February, Statistics Canada reported that the median net worth for families increased 78% from 1999 to 2012 on an inflation-adjusted basis, or about 4.5% a year. However, in households where the age of the highest earner was under 35, net worth grew just 8.6% in total, or about 0.6 per cent a year. Since inflation averaged 2.2 % over that period, as reported by Rob Carrick in the Globe and Mail, “those young-adult households actually lost net worth on what economists call a real basis.”

That’s not really a surprise since gains in net worth have been driven by real estate appreciation and those under 35 years of age have less equity in their homes. Can they catch up? Well, prices can’t rise indefinitely – so say many economists – so that may not be helpful when trying to make a sound financial decision.  However, there are a few hot markets in the country that might buck the trend.

For example, in Alberta, and especially in Calgary, real estate is a growth industry. Heather Manna, Managing Partner and Mortgage Broker at TMG Millennium Mortgage Group in Calgary says that real estate definitely is a good investment. “Over the last few months we have seen lenders loosen the reins on financing restrictions, which is making it easier to qualify a consumer who is in the market to purchase a new home,” she said. “This, combined with the low mortgage rates, continues to make real estate a great investment, whether you are buying to occupy the home, or purchasing for an investment.”

And why not invest in real estate, Manna asks? “Just like the stock market there will always be lows and there is always a correction. It’s about keeping well diversified and that includes having your home in your portfolio,” she said. “If you need a roof over your head, you might as well be paying your own mortgage down instead of someone else’s.”

There is also a shortage of listings in the Calgary market, which is upping the prices there. The rental market is also very tight with a 1% vacancy rate. “If not purchasing a property long term for your family, the rental market proves to be aggressive year-after-year for income earning potential or a retirement plan,” Manna added.

Granted, Calgary may be an exception, however there are similar hot markets in both B.C. and on the Prairies. Ontario and the Atlantic provinces have hot areas. Some economists say that prices will struggle to show any real gains in the next five to 10 years unless you happen to be in a hot market. But in some of those markets affordability is the real issue and young people are looking for help with larger down payments from their parents.

The hidden story for Gen-Y’ers is debt load. Statistics Canada says under-35 households owed $36.44 per $100 in assets in 2012, by far the highest of any age group. Purchasing a home adds to that debt load, not only with mortgage payments, but interest, property taxes, insurance and maintenance costs. If there is a modest 5% drop in house prices, then a 5% down payment equity position is wiped out.

However, in a Globe and Mail article published on Wednesday, April 23, Will Dunning, chief economist of the Canadian Association of Accredited Mortgage Professionals (CAAMP) says he thinks that home prices have turned.

Using data from the CREA, he said that sales of existing homes rose last summer and peaked in the August-September period. Although here has been a slight rise during the past two months, he doesn’t see this as meaningful.

Dunning referred to the Teranet-National Bank home price index, which shows a very gradual increase in prices over the last while. “If you take the price index and seasonally adjust it, it shows a sharp pick-up in price growth around the time I would have expected it to have occurred, and “the last data point hints that on a seasonally-adjusted basis, the period of rapid growth has ended – when it should have.”

With prices stabilizing, low rates, larger down payments, real estate starts to look better, especially as a long-term investment, which it actually should be. There was a time when a couple would buy a house, live there, raise their family there, and then retire there, mortgage free. We may be coming into those times once again.

The most important question to ask is, “am I ready?” Consider a home a long term investment -- its value will fluctuate up and down over time, but eventually you’ll be mortgage-free. It’s a big commitment, but it’s also a great achievement. Home ownership offers a great deal of personal satisfaction, as well as financial stability.

There is no right or wrong time to buy a house. Mortgage rates and house prices will fluctuate but over the long term, home ownership is still a sound investment.

Ask yourself:
If you answered yes, then it’s the right time to invest in real estate.

Posted by The Mortgage Group at 06:48