The Upside of Alternative and/or Unregulated Lenders 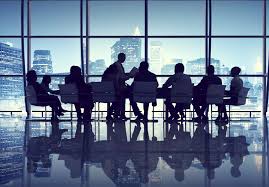 A recent report from the Bank of Canada reviewed the impact of the government’s policy changes on the mortgage market. It found that overall market activity had slowed -- something we knew would happen. The bank also found a correlation between the quality and quantity of credit.  While the data shows a slowdown in “riskier” mortgages, some economists wonder if these borrowers have turned to the unregulated market.

Approximately 20% of the mortgage lending market were made up of people who borrow at least 4.5 times their annual income to buy a home.  That percentage went down to 6% in the second quarter of 2018. That amount of mortgage indebtedness may or may not be a problem for borrowers; however, coupled with other debt, including credit cards, lines of credit and car loans, it may cause some financial problems as rates rise.

In 2016, the Office of the Superintendent of Financial Institutions (OSFI) announced a stress test for insured mortgages (mortgages with less than 20% down and requiring mortgage default insurance), stipulating that those buyers must qualify at the Benchmark rate (currently 5.34%).

Then in October 2017, a similar rule was unveiled for uninsured mortgages (mortgages with more than 20% down) stipulating that those buyers must qualify at either 2% more than the contracted mortgage rate or the Benchmark rate, whichever is higher.

These two rule changes -- along with several others, including; increasing minimum down payments, mortgage premium hikes, and decreasing amortization limits – have made it harder for Canadians to qualify for mortgages, which is what the government wanted for borrowers ‘on the margin’. The rationale was to encourage people to take on less overall debt, including less risky mortgage debt, which would, in theory, keep housing markets safe and protect borrowers in the event interest rates increased.

Mortgage brokers can attest that the impact was seen almost immediately. The rate of clients who may have qualified previously but no longer did from large banks and traditional monoline mortgage lenders went up as much as 20%.

As a result, alternative lenders saw an uptick in business as brokers presented highly credit worthy homebuyers and refinancers with borrowing options in the unregulated space including private lenders, mortgage investment corporations (MICs) and credit unions. Some credit unions opted to include the stress test as part of their mortgage lending requirement.

The Bank of Canada admits that this segment of mortgage lending is growing, although it falls outside their purview. For example, the market share for private lenders in the GTA has grown by 50% since last year, and now makes up nearly one out of every 10 borrowers, the bank said.
There are now questions about risk in the unregulated market; however, the market is not necessarily riskier, it’s just not under OSFI’s purview.

What the unregulated market is seeing are better quality mortgage clients. Hali Noble, Fisgard’s senior vice-president of residential mortgage investments and broker relations said in an interview, “A lot of these people should be bankable, but they’re not (when applying the new stress tests).”
So, many good quality borrowers have to shift down the ladder to lenders with a higher risk tolerance. The one downside is it comes with a higher cost, but not necessarily more risk.

The unregulated market is primarily comprised of private mortgage lenders -- companies and individuals -- who fall outside the purview of Canada’s banking regulators. Private lenders offer mortgage rates higher than traditional mortgage lenders for shorter terms. Typically, borrowers who could not qualify for traditional lending turned to alternative lenders.

Alternative mortgage lenders or private lenders, also known as “B” Lenders, are more willing to look at each situation on a case-by-case basis. They do have criteria, but consider a borrower’s “story”.  For example, if a borrower had a bankruptcy or have some credit issues, they want to know why. For self-employed borrowers, they will consider other documentation to prove income rather than a tax return, which may reflect business write-offs.

Yes, are higher compared to “A” lending, because the borrower profile is considered riskier, but remember it’s only a short-term solution.

You can also expect to pay a larger down payment, from 15% to 35%, depending on both your situation and the property you’re financing. And, there may be lender fees and mortgage broker fees.
Usually, the pre-payment privileges are flexible but there may be a charge for paying out the mortgage early. Alternative lenders are strict about missed payments, and service fees may be higher as well.

Whatever the reason for needing to use an alternative lender, the goal is to get back into the “A” lending space.

Is there cause for concern?

Maybe, maybe not. The reason for all the changes was to ensure that borrowers could manage their debt loads in the future, as interest rates rise.  Inadvertently, the new rules have grown the unregulated market, which may or may not defeat the purpose. People want to buy homes and will do what they need to, to get one.

The increase in demand has caused interest rates to go up even in the private sector, but these lenders are short-term lenders. There must be an exit strategy. There is the risk that borrowers will rely on the private funds for longer terms, which may have a negative financial impact.

The Bank of Canada is also concerned about the potential for mortgage default and bankruptcies. Consumer insolvencies peaked during the 2007-08 financial crisis and have been relatively stable since 2012. Around 120,000 Canadians went insolvent last year, less than 0.4 per cent of the country's population.

Unregulated lenders are not going anywhere. They have been in the mortgage industry for many years. They continue to fill a need by allowing homebuyers to get into the housing market who otherwise may not have qualified for a mortgage.