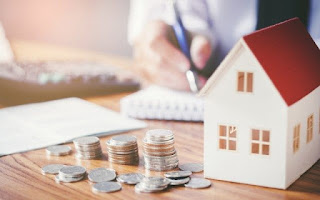 Believe it or not, the recent .25% rise in the prime interest rate is an indicator of a healthy economy. Despite trade tensions, Canada’s economy looks to be weathering the tariff storm well, for now.

There is no doubt the Canadian economy is resilient. The country has weathered a few storms since 2008, but still chugs on – somewhat flat at times, but never stagnant. The focus of the Bank of Canada (BoC) is on stimulating the economy and keeping inflation in check. The inflation rate has been inching up and is now at 2.2%, still well within the Bank’s comfort zone. Maintaining low, stable and predictable inflation is key to fostering an environment where Canadians can prosper.

There are many factors that contribute to rising interest rates. Since the economy has been in recovery mode for a while, it now makes sense the BoC would start raising the rate, given a few economic indicators.

One of the main indicators that point to a continued healthy economy is the job numbers. Without jobs, household budgets get tighter, consumer purchases slow down, manufacturers scramble to reduce inventory, which could lead to lay-offs, and bankruptcies rise. And job loss is also the leading cause of mortgage default.

In June, the economy added 31,800 positions. At the same time the unemployment rate rose to 6%, from 5.8% in May. The higher jobless rate is considered a good sign by analysts who see it as more people optimistic about finding a job.  Average hourly wage growth has maintained the same level as last month at 3.6%.

What we don’t know is the effect of NAFTA negotiations and how an extended trade war will affect the economy. What we do know is how the recent increase will impact Canadians in the short term.
First, the cost of borrowing will increase for customers with variable-rate loans and mortgages, but those with money in savings accounts and guaranteed investment certificates will benefit. When interest rates are low, there’s less motivation to save.

Seniors and retirees also benefit from rising rates. Seniors now have the opportunity to generate higher interest income, which may help them manage rising costs.

With people living longer, those with pension plans are in a better financial position against running out of money.

The housing market is cooling a bit because of the new rules introduced this year, which may help affordability for future homeowners as the pressure to bring prices down grows. We are not seeing this happen yet in strong urban markets like Toronto and Vancouver.

There’s a fine line between interest rates that are too high or too low and how they may help one segment of our population and hurt another.

While we have no control over interest rates, we do have control over our responses by thinking more carefully about our finances – our savings and our borrowing – so we’re not caught in challenging situations, no matter what the rates do.

Posted by The Mortgage Group at 06:10