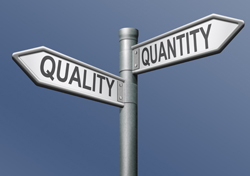 The Canadian mortgage landscape has seen regulatory change after change combined with continued Government legislative changes since the Fall of 2016.  Government changes to mortgage rules have been led by the Department of Finance, superimposed with tightening from the Bank of Canada. We have also seen some provinces introduce their own restrictions that have resulted in increased taxes to foreigners and speculators.

As Canadians it is important that we question the reasons for these rule and guideline changes.  There are slightly different answers depending on where the rule changes are coming from. For the most part, they stem from the fact that there was a belief that the Canadian housing market was overheating, that an interest rate shock would paralyze a great many Canadians in being able to afford their payments when interest rates increase, and that the liability of the Government in backstopping mortgages was just too high.

It would seem the motivation to ‘tighten’ might have come from different vantage points but implemented with unison.  The Office of the Superintendent of Financial Institutions (OSFI), which oversees federally-regulated financial institutions wants to ensure their solvency, whereas the Department of Finance may have been more concerned about outstanding debt, and the Bank of Canada on their inability to raise rates quickly enough to stem borrowing activity.

And after nearly a year and a half of dealing with all these changes we are told by an international credit rating agency (S&P) that the quality of Canadian mortgages is deteriorating, resulting in the lowering of a key metric for Canadian banks.

I just don’t buy it. And to suggest that the broker channel is somehow complicit with the elevated levels of fraud is insulting.

Robert McLister in Canadian Mortgage Trends, cited from the agency’s report: "…The growing share of residential mortgages originated via brokers, compound the risks of high household debt and house prices…As brokers do not bear credit risk for the residential mortgages they initiate, and are generally compensated primarily on the quantity (not quality) of residential mortgages applications they process, we believe brokers have less incentive than a lender’s own staff to prevent fraud.”

Here are the facts: Deals originated by mortgage brokers are often underwritten four times. The broker underwrites the deal and reviews the documents for suitability deciding where to place the file. The underwriter underwrites the file according to the specifications of the lender guidelines. When the file is insured or insurable, the mortgage insurer (CMHC, Genworth or Canada Guaranty) underwrite the file, and with many non-bank lenders, the file may be reviewed on a pre-funding audit (may even go through Quality Assurance at one of the banks).

Fraud is an issue, and as an industry we cannot tolerate it. It is an issue in bank branches, with mobile sales forces as well as and among brokers.

The Financial Consumer Agency of Canada (FCAC) in their 9-month long study just outlined the wrongdoings of bank mobile sales forces. Included in their findings were;
We must all be vigilant against fraudsters. Brokers are regulated provincially and must complete educational requirements. In many jurisdictions they have to complete periodic re-licensing requirements.

In addition, there are supervisory requirements placed upon the brokerages where agents are licensed. The vast majority of brokers view their livelihood as a profession and would not want to jeopardize it in any respect.

All that said, over the past ten years, and accelerated more recently, mortgage rule guideline and qualification changes have dramatically increased the quality of the mortgages underwritten in Canada. Average credit scores have increased significantly, and arrears rates remain at historically low levels.

Brokers have been an accountability check on other channels for some time ensuring that consumers have choice and access to market leading rates. In the same respect, they are also educated and knowledgeable about lending guidelines and suitability. In the same respect they are an accountability check to maintain high standards in mortgage underwriting and fulfillment.

I shudder to think what the Canadian mortgage landscape would look like without a vibrant mortgage broker channel.

Posted by The Mortgage Group at 09:43