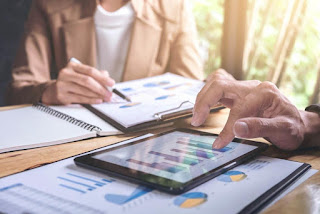 The controversy over the mortgage stress test continues. Banks, economists, mortgage lenders, Realtors, mortgage brokers, and its association Mortgage Professionals Canada (MPC) are urging government to make some changes, not to get rid of the stress test altogether, but to consider some variables, such as income growth and mortgage repayment which may not have been factored in.

So it was curious to hear Evan Siddall, CEO of Canada Mortgage and Housing Corporation (CMHC), imploring the Standing Committee on Finance to “..look past the plain self-interest of [mortgage brokers]… Apparently, the MPC [Mortgage Professionals Canada] is content to see home builders, real estate agents and mortgage brokers receive short term benefits while Canadians bear the long-term costs.”

I am not sure where this personal attack is coming from or how this advances his agenda. As an industry we have provided a valuable sounding board and meaningful suggestions for tweaking rule changes to ensure a healthy and stable housing market today, and for the future.

When many industry experts support the position that a stress test could consider other factors such as principal repayment and income growth, for example – and such support also coming from very credible bank economists -- some of whose employers choose not to deal with brokers directly-, then it's uncertain why Siddall would personally attack an Association  representing the broker channel.
In addition, the Chief Economist of MPC, Will Dunning, just published a report further detailing reasons why the stress test should to be tweaked, along with market commentary by various economists and their positions on the subject.

The stress test was introduced without consultation from industry insiders and stakeholders and now the Government has a locked-in position they seem unwilling to change. The stress test is having a negative impact on the housing market and could very well affect the economy in the long term.
However, the story is not one side advocating for the all-out removal of stress tests against the other side locking into an unchangeable position.

Let’s look at the entire story. When the February 2010 stress test was introduced on mortgage terms less than 5 years, and on variable-rate products, it was done seemingly to protect a consumer’s ability to handle payments in an increasing rate environment at the time of renewal.

This time around it appeared as though the stress test was introduced for different reasons. The overall amount of sovereign debt was considered too high as it approached $700 billion.  There was concern about runaway prices in Toronto and Vancouver.

However, the stress tests introduced in October of 2016 by CMHC and then extended to conventional mortgages by the Office of the Superintendent of Financial Institutions (OSFI) in January 2018, was ostensibly to reduce future debt burdens.

The result has kept an estimated 40,000 would-be homebuyers on the outside looking in, according to an April TD Report.  According to the Globe and Mail “The government [was] responding to concerns that sharp rises in house prices in cities like Toronto and Vancouver could increase the risk of defaults in the future should mortgage rates rise.”

From my perspective, if we are going to be heavily relying on a Benchmark rate in qualifying applicants, then the way the Benchmark rate is determined should also be changed.

It is currently set from the mode of the big banks’ posted rates. It should be determined either by a market-driven rate (perhaps as a delta to bond yields), have an established floor (say 4.25% for example) or relate specifically to the contract rate itself.

We have seen interest rates drop over the first two quarters of 2019, yet bank posted rates and the stress test have not. As interest rates were rising last year the banks chose to increase their posted rates, and the Benchmark rate was correspondingly increased.

When the 2016 stress tests were introduced, the Benchmark rate on which it was calculated was 4.64%.  At the same time the discounted 5-year fixed rates were in the 3.69% to 3.99% range. Today, 5-year fixed rates can be found in the 2.89 to 3.19% range and the Benchmark rate is 5.34%.
For clients renewing their mortgages AND who have made their contractual payments as agreed, to qualify them at a rate higher than their contract rate if they want to transfer their mortgage is simply anti-competitive.

Instead of creating animosity and adversity, let’s work together to create an environment that encourages qualified and responsible First Time Homebuyers in accessing the market.

If you are a mortgage customer looking to access the market make sure to use the services of a mortgage broker who can help you navigate the rules, options and opportunities to align with your long term goals and objectives.

Posted by The Mortgage Group at 09:47