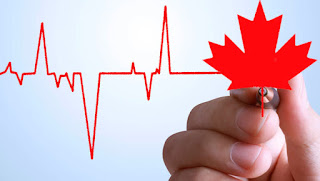 The Canadian economy is poised to grow again, but in a very different way according to the Bank of Canada’s (BoC) recently-released Monetary Policy Report.  The BoC expects global economic growth to strengthen…. gradually… and modestly.

Once again, the U.S. market is impacting growth in Canada. While there is demand for our exports, US residential investment and investment in their oil and gas sector, which are key sources of demand for Canadian exports, has changed.  Economic activity there expanded at a modest pace at the end of 2015 and the beginning of 2016, and while it was hoped that there would be strong momentum, it hasn’t happened.  Growth is expected to remain modest for the year.  Not surprising given it’s an election year.

The Loonie
The battered loonie has been showing signs of life. It recently hit 79.50 cents US at one point during the last week in April -- its highest mark since July 2015.

China
The economy there is in transition with movement away from industry and more towards the service sector, which now accounts for just over 50% of China’s GDP.  China’s GDP growth is expected to slow from 6.9% in 2015 to 6.3% in 2018. Fiscal stimulus is expected to be focused on additional infrastructure spending and tax relief for businesses

Canadian Economy
The inflation rate is projected to stay below 2% through 2016. Core inflation is expected to be around 2% through 2017. The economy is also in transition, moving toward non-resource sectors.  This adjustment is expected to contribute to the moderate growth cycle we are now in for the next two years.
However, it’s not all bad news.  Economic activity through 2016 and 2017 has been revised up, thanks to measures introduced in the federal budget in March.  The gap between growth and activity is likely to close sometime in the second half of 2017. This adjustment period is expected to last until 2019.

The Housing Market
New construction and activity in the resale market is strong in British Columbia and Ontario, relative stability in Quebec and the Maritime provinces,  although there are declines in housing activity in  oil-producing provinces. The strength in British Columbia and Ontario appears, in part, to reflect local demand stimulated by employment growth. The shift in interprovincial migration in response to the oil price shock is reinforcing the regional divergence in housing market activity as workers leave the oil-producing provinces for Ontario and British Columbia.

The strength of housing demand in Ontario and British Columbia is contributing strongly to growth in residential mortgage credit.

The BoC continues to keep its overnight rate at .05%. Stephen Poloz, President of the BoC, defends his monetary policy and said, “The fact is that policy actions -- monetary and fiscal -- taken in the wake of the global financial crisis, prevented what would have been a second Great Depression. But many of the negative forces that were acting then are still acting now. That’s why ultra-low interest rates are not causing rapid growth and inflation.”

There will be lots to watch in the upcoming year as the world transitions. What that will look like is anyone’s guess.

Posted by The Mortgage Group at 07:32