Don’t get caught up in the headlines 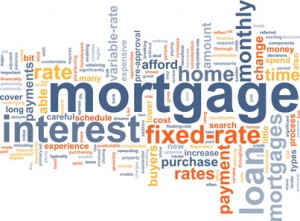 Despite what seems like a focus on statistics that creates fear in the media, Canadians are still making their mortgage payments, while enjoying the cheapest borrowing environment in history.

Not that long ago, all headlines were focused on the household debt to income ratio, which has proven to be a poor indicator of the financial situation of Canadian households.  That ratio, actually, has decreased recently, but the “number” alone is the focus of headlines.

More recently, attention has turned to foreign ownership – that this may be causing a housing bubble in certain parts of Canada. However, the data doesn’t support this hypothesis and even the most anecdotal analysis suggests that most of the sales activity by foreign buyers has been in high-end homes (north of $3M) in Vancouver and Toronto.

The reality is in Canada, there is nothing to fear.  Even if all of the headlines were true and the most concerning of assumptions became reality, Canada is not in any way in a similar situation to that of the U.S. pre-financial crisis.  Nor is Canada the same as it was eight years ago.

Let’s look at the facts. Canada is currently enjoying the lowest interest rate environment in history.  It has never been more attractive for homeowners to borrow money.  Five-year fixed rates are around 2.6% to 2.75% and 5-year variable rates are nearing 2%.  Notwithstanding these low rates, lenders focus on providing mortgages to only the most creditworthy applicants with provable income.

Since the Global Financial Crisis in 2008, the lending landscape in Canada has drastically changed.  At one time we had  American sub-prime lenders operating here such as Accredited Home Lenders, Wells Fargo, and GE Money, to name a few.  However, capital requirements imposed by the Canadian government made it almost impossible for these small lenders to survive.

The mortgage business was also much more attractive to banks and investments banks and many prime lenders such as Macquarie, First Line, and ING have left the mortgage channel completely. We didn’t see new lenders for a long time, until recently.

The Canada Mortgage and Housing Corporation (CMHC), The Office of the Superintendent of Financial Institutions (OSFI)and the Ministry of Finance have changed mortgage lending rules and have increased compliance requirements, which have eliminated most of the riskier lending such as the No Income Qualifier (NIQ). We also once had 40-year amortizations, 100% financing (including on rental properties), refinances to 95% of the value of a home, and stated income loans with very little documentation.

We’ve had five policy changes so far and the introduction of mortgage underwriting scrutiny via B-20 and B-21.  Ask a self-employed borrower trying to get a mortgage and he or she will tell you how more challenging it is today than it was 10 years ago.

Yes, if you’re credit worthy and have provable income, you will enjoy the lowest rates ever. Often borrowers get annoyed in this new lending era, where the need for paperwork and more paperwork seems daunting. Lenders require more information, more paperwork, and more due diligence -- more everything.

Canada’s delinquency rate is at 0.28% -- its lowest rate since 2007 -- and close to the lowest rate in history.  That means that for every 10,000 mortgages, only 28 of them currently have missed three mortgage payments in a row.  In the U.S, the delinquency rate is 5.77%.  It’s comforting knowing that if the market should take a turn, the housing market would be fine.

So in reality, Canada is actually doing pretty well.  Our government has focused on ensuring the people who get mortgages can afford to pay them. Despite these changes, our mortgage and housing markets are still growing.   This is good news for the future of these markets.

Make sure to speak with a mortgage broker so  they can help you navigate our current lending environment to ensure you get the best mortgage to meet your unique needs.

Posted by The Mortgage Group at 07:08